Michigan football coach Jim Harbaugh said Monday that “an apology will not get the job done” and that he expects criminal charges to be filed following Saturday’s postgame altercations with Michigan State.

“I’m coming (at) this from the perspective of being a parent. These young men are entrusted by their families to our program and we have a responsibility to each player to treat them like our own, and I take that responsibility very seriously,” Harbaugh said at a news conference Monday. “An apology will not get the job done in this instance.”

“I can’t imagine this will not result in criminal charges,” Harbaugh said, describing videos of the incident — which were widely shared on social media — as “sickening.” He noted that ABC’s tunnel camera captured additional angles of what happened.

“The behavior we reviewed was both uncharacteristic of our football program and unacceptable,” MSU athletic director Alan Haller said in a statement Sunday.

“On behalf of our university and athletics department, I have been in consistent contact with University of Michigan athletics director Warde Manuel and Big Ten Conference commissioner Kevin Warren in addition to members of our Spartan family to offer our apologies and to ensure our collaboration with law enforcement as they conduct investigations into this matter.” 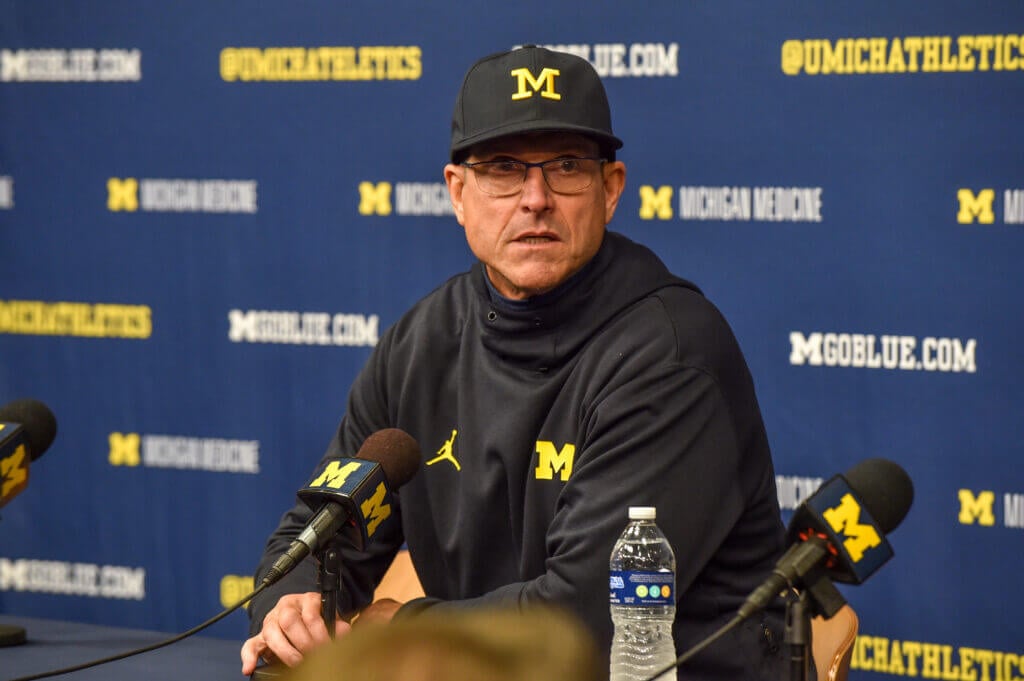 Fortuna: Michigan State embarrasses itself on a night that will have lasting effects

University of Michigan Police said Saturday they were reviewing the footage of the incident. Harbaugh said he has not spoken with Michigan State coach Mel Tucker since the game.

“I don’t buy any excuse that’s going to be laid off on the rivalry or the tunnel or any other thing that somebody could possibly blame,” Harbaugh added. “These are the actions of these individuals and they need to be accountable for them.”

In a news conference shortly after Harbaugh’s, Tucker said the player suspensions will remain in place until conference and law enforcement investigations are complete. He declined to comment on Harbaugh’s expectation of criminal charges.

The Big Ten will likely need cooperation from the member school(s) if and when it issues punishment around the incident, a source told The Athletic. Back when the league doled out suspensions to Juwan Howard and Greg Gard in the aftermath of the Michigan-Wisconsin men’s basketball postgame altercation, it did so in a joint announcement with both schools. 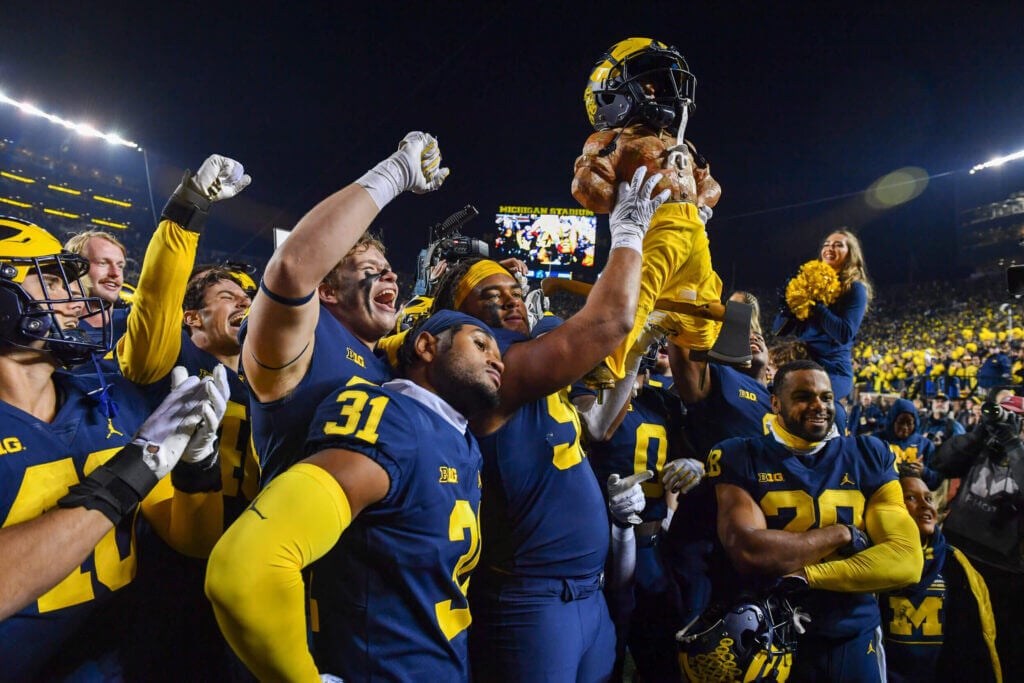 Get all-access to exclusive stories.

Subscribe to The Athletic for in-depth coverage of your favorite players, teams, leagues and clubs. Try a week on us.

Your (Afro-Textured) Hair Is Beautiful: The Trauma of Texturism

Kelly Ripa Shows Off Her Christmas Tree with 33-Year-Old Ornaments: ‘Isn’t She Lovely’